Meet our SSR Forever Care dogs.
All the Forever dogs have special needs. We've summarised the basics of their conditions here for you to illustrate the dedication of their Forever Carers.
All are technically 'unadoptable'. Not unwanted. All of them have a name and a story and a rescue team who loves them.
So they stay in care in their Forever homes under SSR. Their Forever Carers give the gift of  love and attention in their own homes just like all animals deserve.
Our Forever Care Program has limited spaces and resources.  Within this program our Forever Care dogs' health, wellbeing and veterinary needs are paramount. All Forever Dogs are treated with the utmost respect and in keeping with our Code of Conduct relating to quality of life, a stress free environment, stability, enrichment, premium dietary needs and the best veterinary care available.

As far as this little family of dogs are concerned, they have found their forever homes with SSR and permanently under our wing.
Our Forever Care program relies on donations to continue giving safety to dogs that have found themselves needing to be surrendered into our care or left in pounds unclaimed. Through no fault of their own they are unable to be rehomed due to medical complications, palliative care, or behaviourally compromised. Rather than euthanasia we give them safety so they can live out their days having their needs met. It can be costly and we are limited in dogs we can assist and rely on donations from kind people such as yourself to continue the Forever Care program.
If you would like to donate to or sponsor one of our Forever Care dogs please click the link below or email us at admin@seniorsandsilkies.org.au
MAKE A DONATION 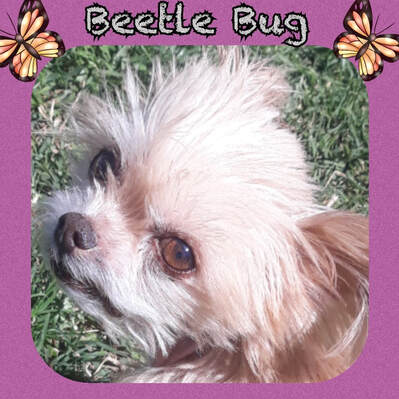 Oh Beetle Bug, where do we start with this boy?!
​Beetle was left unclaimed in a Sydney pound and he soon earned himself a reputation to be feared even amongst the most seasoned ranger or pound attendant.
At a tiny 2kg, emaciated and looking worse for wear at an approx age of 2yrs old, Beetle had very few places to go.
Our carer who had managed dogs with the tendency to bite in the past, thought it would be worthwhile giving Beetle a chance at life.
So he arrived, untrusting of any one or anything, he would lunge forward and bite or retreat in fear. It was slow going earning this boys trust and vice versa.
Over the years Beetle has won many hearts with his adorable face, his terrible past left him with mental scars that stopped him being able to safely rehome. So we gave him a safe haven to live his life and protect him from the world and protect their world from him.
His carer has earned Beetle's trust, he knows he is safe and loved. To be honest, his carer and Beetle have formed a strong bond and he has thrived with this. All the while his biting has reduced but he can be unpredictable at times, he is a far cry from that boy in the pound.
In 2020 Beetle was diagnosed with a Mast Cell Tumour on his lip, it was removed with clean margins and graded as the lowest grade that MCT's can be. He was considered cancer free. Knowing how terrbily unpredictable this cancer can be, his carer has kept a close eye out from anything abnormal.
In June 2021 Beetle's lymph nodes became swollen and solid, under vet supervision they were closely monitored and Beetle was booked in for their removal.
After their removal the results came back and Beetle now had metastatic mast cell cancer with unclean margins around the cancer that was removed. Beetle has cancer, we can only medically manage this.
Beetle is booked in for a barium swallow test, xray and a review of his results by a dog oncologist to see if they think chemotherapy may be an option.
This is devastating news for our boy who has over come so many obstacle's in life and is only approx 7yrs of age.
╰⊰✿´ ╰⊰✿´╰⊰✿´╰⊰✿´╰⊰✿´╰⊰✿´

Pudding is sponsored by Jennifer
Pudding was available for adoption for quite some time. He never did find his home and became so settled that at his age (now 16), it was deemed better to retire him. As an ex breeding dog timid and not used to being a companion animal he deserved a home of his own and it's very sad that nobody took him in. He's now a loved and permanent member of the Forever Care doggies.
He has 'microphthalmia' aka 'small eye'. Which you can see by the photos
In July 2021 Pudding was diagnosed with stage 2 kidney failure. Our delicate boy is on a special diet and no matter how much time he has left, we will make sure it is quality time.

Bea-Bea is sponsored by Mimi
UPDATE Bea Bea has been to her vet again and it was decided that she needed to begin Cardisure for her heart. She developed slight age related incontinence and adding Stilbestroel has worked beautifully.
She is beginning a course of Cartrophen for stiffness in her hind legs.
╰⊰✿´ ╰⊰✿´╰⊰✿´╰⊰✿´╰⊰✿´╰⊰✿´

*** Ladybird is being sponsored by Donut and his hooman.

Stan is being sponsored by Adele 💕 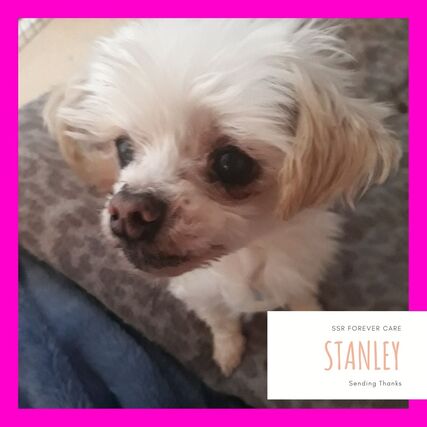 Stan's Journey is documented below.....
ARRIVAL Stanley is an unwell, emaciated little dog. He'll be in rehab a while. He's already had his dental and very very concerning blood panel results which will be re-run in 4 weeks looking for improvement. UPDATE 1 - Going back in for a weigh and more blood testing. We're hoping for an improvement, even just a little bit would be great. UPDATE 2 - Great blood results. But it could be another 6 months before his body gets over his starvation. UPDATE 3 - Little Stanley's cognition is improving as he slowly puts on a tiny bit of weight UPDATE 5 - His weight gain has plateaued at a body-score we aren't happy with and further testing is being done. :(   Stan is having further specialised blood and fecal testing which can be used to diagnose malabsorption and EPI. Retesting his thyroid function tests. There's also a condition known as 'silent Addison's' that doesn't exhibit textbook symptoms. UPDATE 6 -No EPI or malabsorption showed up in the pathology. No Addison's either. We're discussing with our vet as to the next move. UPDATE 7 - Stan's vet has prescribed a long course of anaerobic bacteria specific antibiotics. UPDATE 8 - Stan is booked in for an ultrasound of his stomach and digestive tract with a brilliant veterinary sonographer. We're praying he finds a reason for Stan's condition as to date, absolutely nothing has given us an answer.  UPDATE 9 - Absolutely perfect results with no abnormalities found!

​Obviously we've thoroughly quizzed our vets on quality of life and the answer is yes, despite his challenges he is a perfectly happy, somewhat wonky, little dog. But he is being retired into Forever Care, we cannot rehome him.
╰⊰✿´ ╰⊰✿´╰⊰✿´╰⊰✿´╰⊰✿´╰⊰✿´ 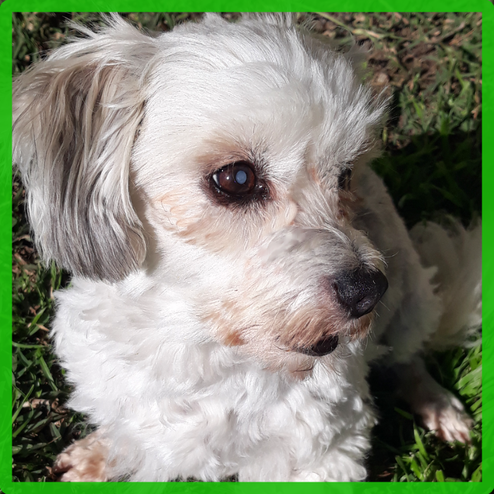 Frank is sponsored by Robyn Bohme
Frank arrived into care in April 2019 as a 7yr old, emaciated, matted, neglected boy. If he had ever seen a vet it was a long time before and had no vet work done at all. Not even a microchip.
Frank had lived outside his whole life and knew nothing of kindness or how good life could be.
When his carer laid eyes on Frank for the first time she noticed a distinct shake he had, his wobbly walk and involuntary movements as he stood still.
We took Frank on not knowing what was causing this wobble or how Frank would adjust to life.
Frank's carer spent 6hrs clipping his matted coat from his body.
Frank had a vet visit to assess his overall health and start the diagnostic testing for this 'wobble'.
Thankfully our vets believed Frank had a good quality of life and his emaciation was through neglect, not through an underlying medical condition.
Frank went through testing for white wobblers syndrome. He did not respond to medication, this ruled WWS out. It was time to take Frank to see a neurologist and get to the bottom of things.
Frank made the track to Sydney and underwent blood tests and an MRI. Results came back with mixed news, Frank had no obvious reason for his wobble, his cerebellum was the right size, no tumour, no blunt force trauma all good news. The only downfall was the neurologist could only suggest it was a fault in his cerebellum from birth. There was no way to predict if his condition would worsen, or stay the same.
We then decided Frank needed to stay in care to have all his needs met with his condition and unknown future.
Frank has blossomed in care, his blood liver enzymes returned to normal (they were 5 times the 'normal' range when he came into care. Frank adjusted to life living indoors and stopped his aggression around food when he realised food was a regular occurrence.
Frank lost his eyesight to cataracts, unfortunately he is not a match for the surgical correction and the post operative recovery requirements. Frank has adjusted well to losing his sight. He knows his way around his home  confidentially. He loves meeting new people and throws himself at them and charms his way into everyone's heart that he meets.
in July 2021 Frank was diagnosed with adenocarcinoma of the anal gland, a fairly rare and aggressive form of cancer. Frank is currently undergoing diagnostic testing and we will know more soon.
​
╰⊰✿´ ╰⊰✿´╰⊰✿´╰⊰✿´╰⊰✿´╰⊰✿´

With special needs, these dogs have been retired into Forever Care with their foster humans. We've successfully rehomed puppy farm dogs, by no means does a messed-up past cement their future. However for these dogs, rehoming is not an option.
​Never give up the fight to outlaw puppy farming!

Some Forever Care and adopted dogs who have left us. 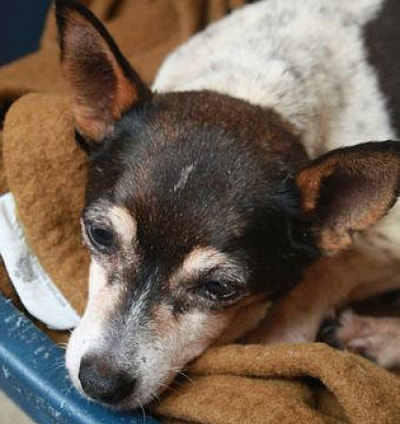 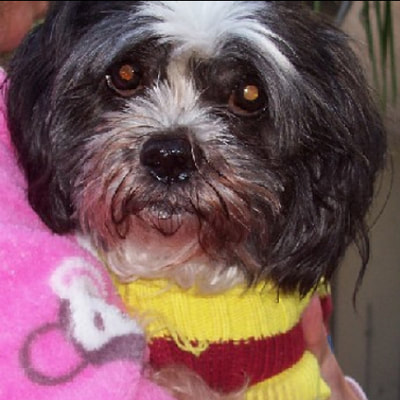 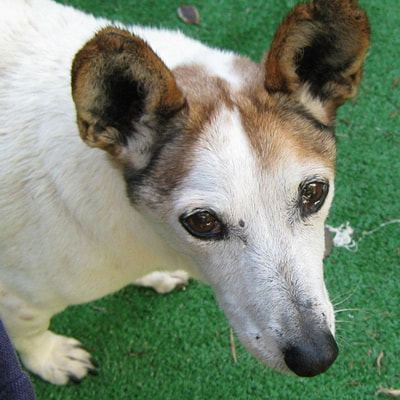 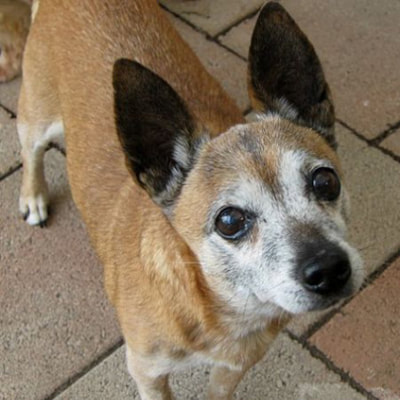 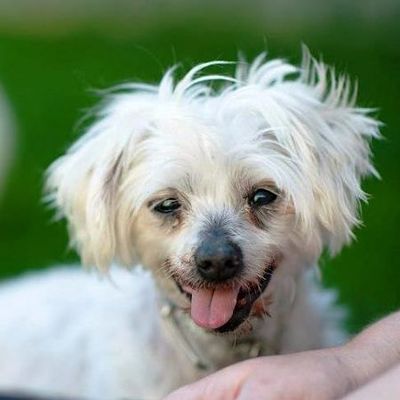 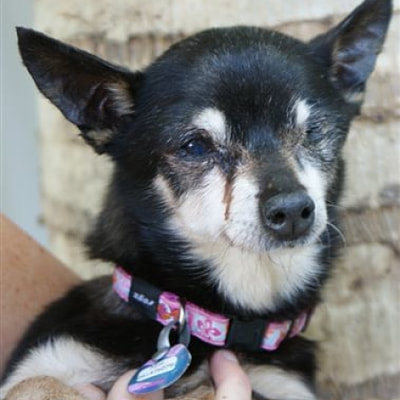 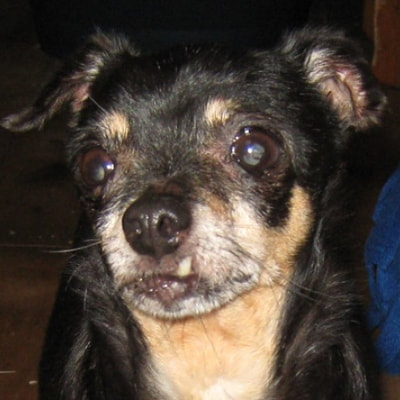 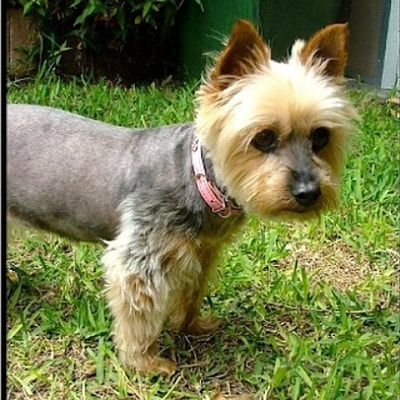 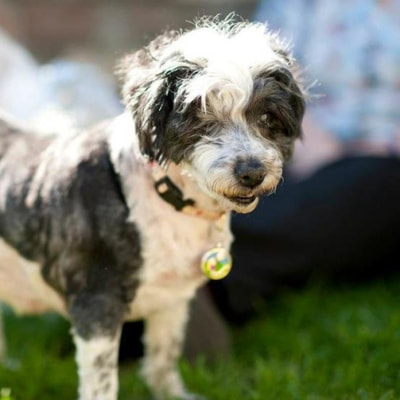 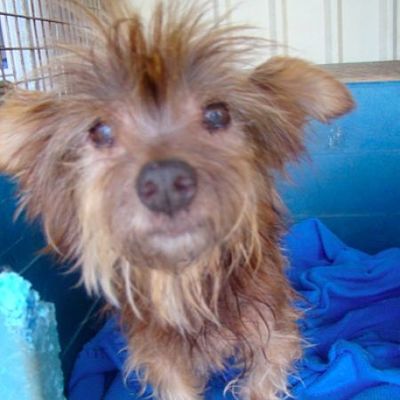 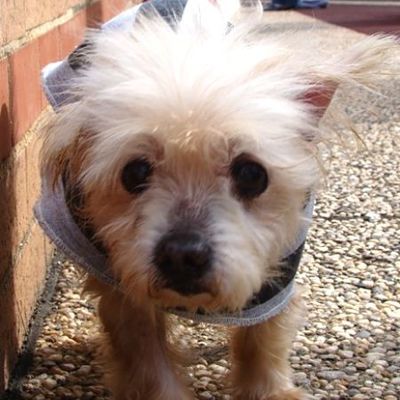 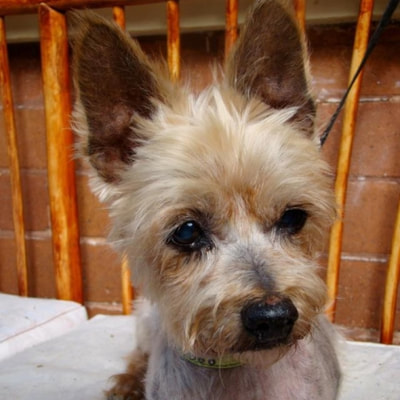 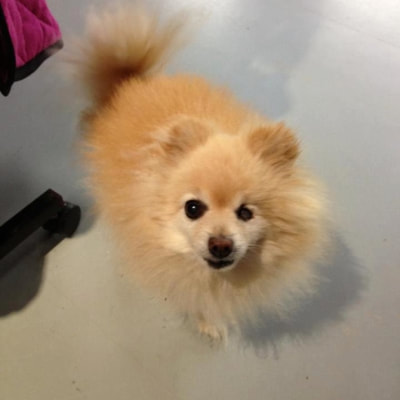 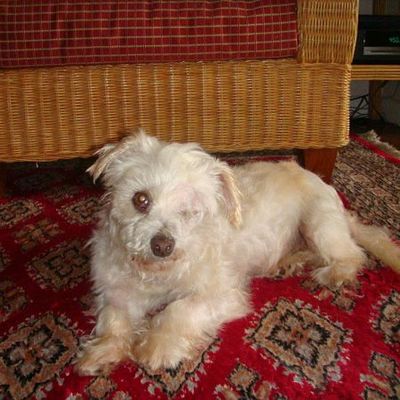 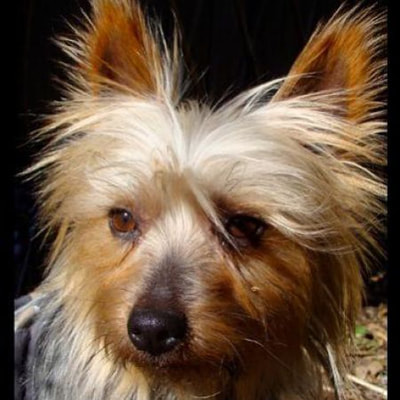 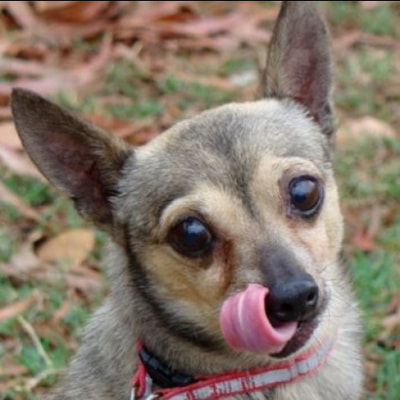 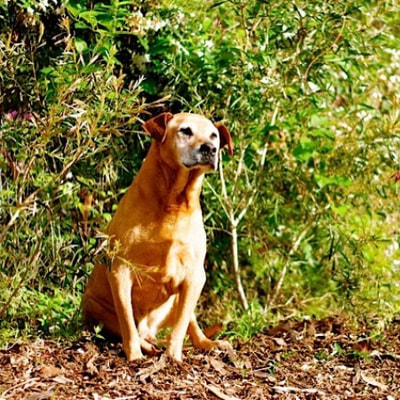 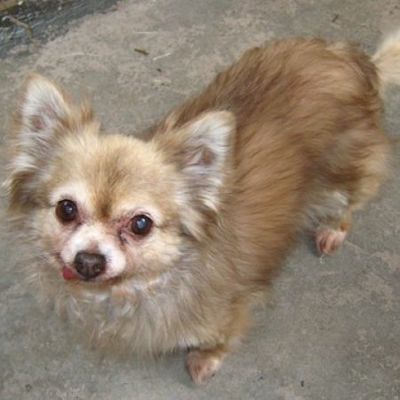 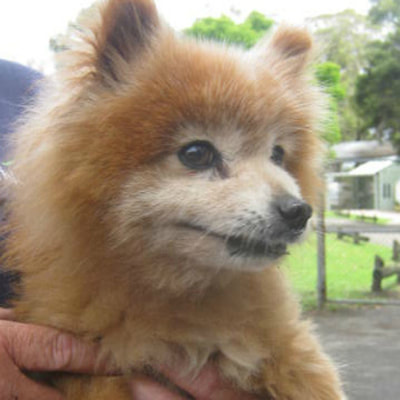 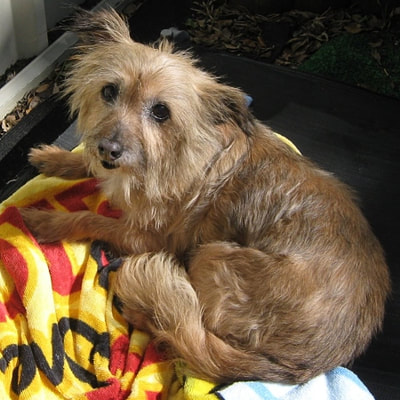 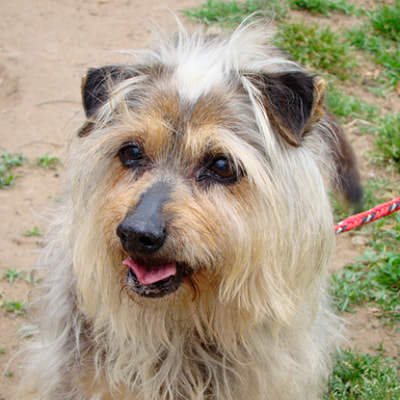 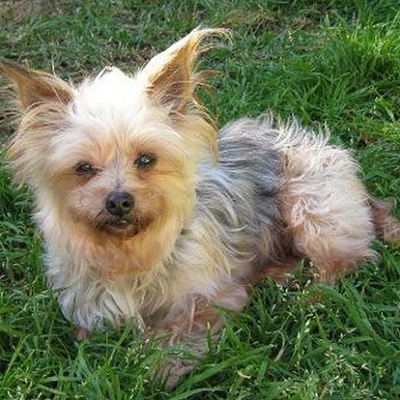